Using Hydropower in Your Home 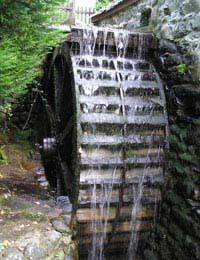 Is Hydropower Suitable For My Home?

Using an off-grid hydropower system, water-generated energy can be used to power directly or the energy can be stored in batteries for later use.

Why Choose Hydropower For Your Home?

Generating electricity for the home using a small-scale hydropower system produces minimal emissions of carbon and other harmful gases.

Hydropower is one of the most reliable ways of generating renewable energy. Wind turbines and PV cells don’t always generate consistent energy, whereas in the right circumstances a small-scale hydropower system will.

Small-scale hydropower technology is a fast developing technology and is already proven to be reliable.

Small-scale domestic hydropower systems can generate up to 90% of a household’s electricity supply but around 70% is a more realistic estimate.

Hydropower In The Home Considerations

The cost of a small-scale hydropower system for the home depends on the height of the water drop, the individual site and the amount of energy generated. Water drops are organised into three categories:

High head drops are the greatest drops, so the water has further to fall and usually flows fastest.

Although the set-up costs for a small-scale domestic hydropower system are considerable, there are grants available to help individuals set up renewable energy generation systems.

It is recommended that any hydropower energy system installers and products are accredited by BERR, the Government’s Department for Business and Regulatory Reform. Search for the Low Carbon Buildings Programme online to view a list of accredited suppliers.

Only those who use BERR's accredited installers and suppliers are eligible for government renewable energy grants.

Using Solar Energy in Your Home

Running a Car on Biodiesel