Home > Case Studies > How I Used Give Away Shops: A Case Study

How I Used Give Away Shops: A Case Study 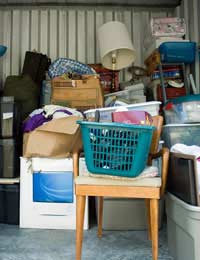 Claire, 30, has just started using give away shops in the last year or so. She says it was for a few reasons – mainly to save money, reduce waste and cut down on clutter.

She told us how she got into using ‘give away shops’:

“It all started really when we were moving house a few months ago. We decided to have a massive clear out, and I mean massive. We wanted less furniture and less clutter in general at our new place.

“For example, we didn’t want to cart so many CD and DVD cases around whenever we moved, so we transferred the CDs and DVDs only to wallets which meant we were left with hundreds of plastic cases. I contacted the council about having them recycled and they really weren’t much help. They pretty much said I should just put them out with the other rubbish! I’m not as eco-friendly as I'd like to be all the time but the idea of them all going to landfill made me feel a bit sick!

“I found a company who would recycle them but the postage would have cost me a fortune. Someone suggested Freecycle. I did wonder who on earth would want a load of empty cases but I signed up and put a call out on the email system. Within hours I had emails from people offering to take them. In the end they went to a chef who sells e-books of his recipes and always needs cases for the CDs. I was really pleased.”

The cases aren’t the only items Claire has managed to find a home for through Freecycle. She said:

“After the CD and DVD cases I also got rid of a broken guitar amp, a sofa, a table and a book case. They were all collected the same day that I listed them. I was absolutely amazed.”

Claire has also used the site to take unwanted items from other people’s hands. She said: “I got a really nice, old table and chairs for our new house when we moved. It’s in great condition and saved me over £100 easily.”

As well as Freecycle, Claire has also used give away shops at her local independent cinema and the pub down the road. She explained: “There is a great give away cupboard at a volunteer-run cinema in my city. I’ve borrowed things like DVDs and books and I got a really nice dress to keep from there too.

“The pub near where I live has a book swapping section. You can just bring any books you don’t want and take them away as you want. It’s great. You feel like you’re getting book recommendations and it saves a fortune, plus once I have read a book, they just gather dust so it’s loads less wasteful.”

I Love Give Away Shops!

Claire says she is now converted to give away shops. She said: “I love Freecycle and the other give away shops. I’ve saved loads of money and it is brilliant that you can find other people to exchange things with. It feels so much better than just chucking things out. If you haven’t tried one yet, I would really recommend giving it a go.”