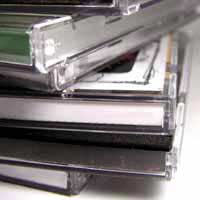 Sarah, 31, spent one week trying to put what she had learned from this site into practice. Here’s how she got on.

I would definitely like to be less wasteful. I think the main areas I can improve on are food, clothing and being organised. Sometimes I am so disorganised that I can’t find something so I have to replace it. Not big expensive things but silly things like envelopes and it’s still wasteful, not to mention irritating.

I decided to kick things off by getting as organised as possible so I spent a day (and it did take a day!) tidying my house from top to bottom. I had a sort through my clothes, shoes and bags and identified items I could eBay and some that needed to go to the charity shop.

I also sorted out my fridge, getting rid of inedible items and auditing what I had that I could cook with. I normally do food shopping on Sundays but I decided to get creative and use up the items that I already had, which turned out quite tasty and saved me some money. Through getting organised I managed to wait until Tuesday until I actually went shopping.

I think being organised is absolutely key to reusing waste.

When I did go shopping, I made sure that I planned ahead much better than usual. Normally, I go shopping but can’t remember what I still have at home so I end up with duplicate items. I meal-planned for a few days, rather than shopping for the full week like I usually do. I decided after three days I would probably have enough bits left over to make a couple of extra meals and this worked well.

I also avoided the problem of having fruit and vegetables going off before I could use them which I usually do.

I took cloth shopping bags with me. I normally forget and end up using plastic carriers, which is bad as I already have loads at home.

Whilst I was clearing out my house I decided to declutter and to put my CDs and DVDs into wallets as this takes up far less space. However, obviously this left me with absolutely loads of empty CDs and DVD cases. Normally, I would have put these in the recycling or the bin and not felt very good about it.

I decided to offer them up on Freecycle. You never do know what people want. A chef got in touch with me the same day – he sells CD Roms of his recipes and will use the cases to protect the CDs for customers.

I still have a long way to go with reducing and re-using as much waste as possible but I feel that I have definitely made a start this week and it has made me start to always consciously think about if there’s a way to avoid throwing something away. It’s not just throwing things away either; whilst recycling is better than sending things to landfill, it’s even better to use something again if you can. Of course it all boils down to buying less in the first place and that’s what I am going to start working on even more too.

How We Reduced Food Waste: A Case Study